Novel photochemical and biological processes for decontamination of flowback water

The meteoric rise of hydraulic fracturing as a technique for oil and natural gas extraction has evoked numerous concerns about its potential environmental impacts.  Chief among these concerns are the process’ impact on local water resources and production of large volumes (2-10 million gallons/well) of contaminated flowback water.  Flowback water varies widely in its makeup, but it is generally highly saline (up to 30% w/v), often radioactive, and typically contains high levels of metals.  Conventional water treatment plants are largely not capable of handling the unique challenge posed by hydraulic fracturing water; as such there is a strong and emerging need to develop an efficient decontamination technology specifically suited for flowback water, which has been found to contain levels of toxic organic contaminants far exceeding Maximum Contaminant Levels (MCL) set by the US EPA.

In this collaborative study, we are investigating the efficacy of novel photochemical and biological methods, alone and in combination, to degrade organic contaminants identified in the flowback water from fracking.  Our research group, working in collaboration with Rohan Tikekar of Drexel’s Food Science program, seeks to achieve the following objectives: 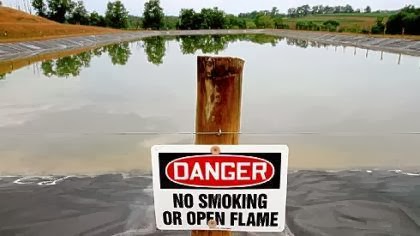